You go to a Museum of Modern and Contemporary Art and what you see is a chair, a urinary, a heap of detergent boxes together, a ripped blank canvas, a can with feces inside it (but not any feces…. the artist’s), videos of performances of an artist staring at people or letting people do to her body whatever they like with it, pictures of landscapes intervened and transformed by the artist, street graffittis or cubes as sculptures.

If you go to a gallery, you may find a chair like the one you have at home, geometrical forms, sculpted or painted, pages full of senseless words, ordinary objects named as artistic objects, abstract paintings and a lot of other things that makes you ask: WHAT THE F*K IS THIS?

You go to a little exhibition opening in a tiny gallery from town and it is so crowded! All the people talking, meeting each other, drinking free beer, dancing and listening to music that is being played live… Meanwhile, the art pieces you went to see are ignored. If you would like to have a look at them, you can’t because there are so many people crowded together. And this is when you ask yourself WHERE THE F*K ARE YOU? Or WHERE THE F*K IS THE ART YOU WERE SUPPOSED TO GO SEE?

You forget about them, joining in the crowded atmosphere and you start enjoying Art as a social event. At the end of the night you go back home without remembering anything about the pictures you were about to see, but with a bunch of new friend requests on Facebook. WTF with Art nowadays? : “It’s dead”, Arthur C. Danto said in the 80s. 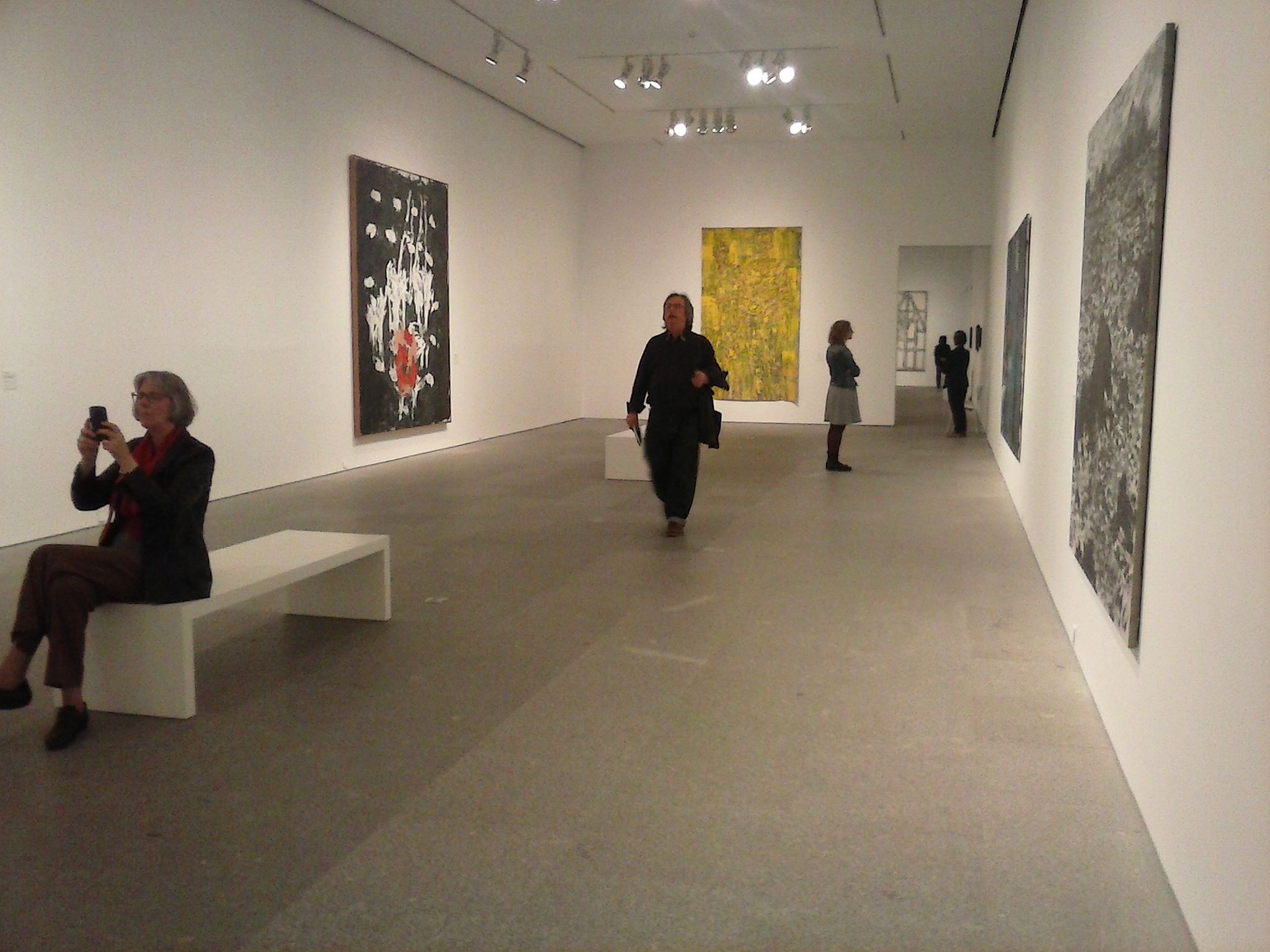 I will never forget what a young teacher told us one day… Facing the question about what art was, she always asked herself, and to us, “what is Art, but in which period of Art history?”

If we think of Art as a technical progress of representation and visual perception, then, it doesn’t exist anymore. What does this mean? This means that the historical meaning of Art is exhausted. That happened around 1905, when painters and sculptors started asking themselves what the cinema medium left them to represent. From the beginning of civilization until the end of the 19th century, we believe that Art is a continuous history of technical progression in representation based in the mimesis (copying world’s reality). That continuity stopped when the Avantgarde movements transformed Art into something without history. Since then, Art is independent because it had being completed or finished through its self-thinking, so it is no longer supported by history, but now it is supported by theory. Knowing this we can answer what my teacher asked with one simple quote: before the 20th century, Art represented images and after the last century, Art thinks images.

My work is to breathe

Nowadays, the conception of artistic progress goes beyond painting or sculpture and reflects the expansion of our representation power. Until the 19th century, the artist (painter or sculptor) owned the technology to provide “real” vital experiences. A picture in the Renaissance was always considered as a “window to the world”, and throughout history there was the belief that in painting everything would be shown. But that progress stopped when photography and cinema suddenly appeared. Perhaps we should blame them? The distance between reality and representation slightened, even disappearing with those new mediums, but also with the “ready-mades” years later. Conversely, abstract painting emphasized the distance between representation and perception.

Expresionism, Abstraction, Surrealism or Cubism, although being traditional painting, their representation distances itself from the visual conventions of perception, making it difficult to recognize what is painted. There is no more projection of the outside world but a projection of the artist’s inside world. Art started going in the same direction as artists, becoming introverted and expressing itself. Art is an expression. Then it is used as a kind of language. But does anybody know that language? Can anybody use it to express something? But most important, can anybody understand it?

Another distance is contained in present Art, that is the distance between perception and understanding, between the art pieces and the public. If traditional artists were searching for the best way to represent the world, and then if they started to use art as a way of an expression of themselves and finally if Art and artists ignored the world in order to express and think Art itself, what is the purpose or utility of Art? If Duchamp declared that art is everything that is a priori, and that anybody can do it why is Art only what is inside the museums or galleries?

“Art is dead”, it seems. Not because of its self-thinking but also because of it’s utility. I told you how a piece of art can be ignored in an exhibition gallery. Being as independent as it is now, what connection can Art have with the reality where it comes from? If not everybody understands it, what is it’s purpose? Why is Contemporary Art so problematic? Where does the problem come from? From history or from Art itself? Why don’t people like it? I don’t know. I just know that I love it because I hate it. I hate it because it sins of pretentiousness, it is so exclusive and because sometimes it’s treated like a product…But I love it because it makes me question it, and I really like the reaction it provokes in people.

…and we visited a museum, the Pompidou Center. Yes, the biggest contemporary art center that I have ever seen. It is TOO MUCH. We spent four hours and we couldn’t see all of it (…) It was TOO MUCH. Madness! There were a lot of people and that was huge. Our body and head hurt us because there were works that made me ask what the hell are they doing there… I don’t know what to tell you about contemporary art anymore, it looks like a fraud to me, they are making fun of people in their faces while they believe themselves so intellectual by feeling marveled in front of pieces that aren’t worth anything and that don’t say anything because they are absolutely nothing. The world is crazy Gio. 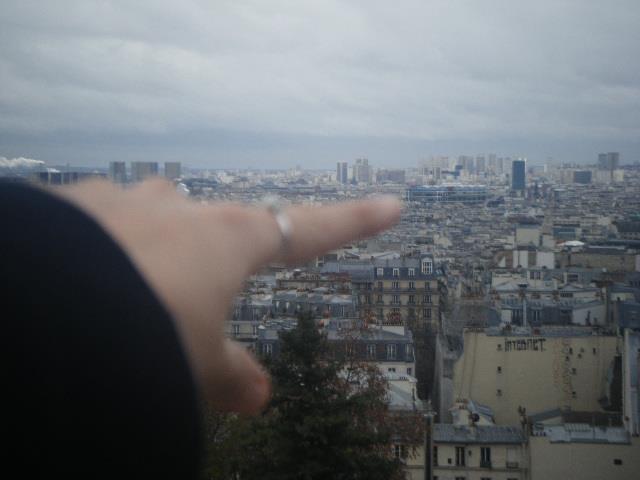 Maybe Contemporary Art is not so beautiful, but it is very interesting. As my friend expressed herself, here you have other kinds of reactions about some contemporary exhibitions I have visited through galleries and museums. 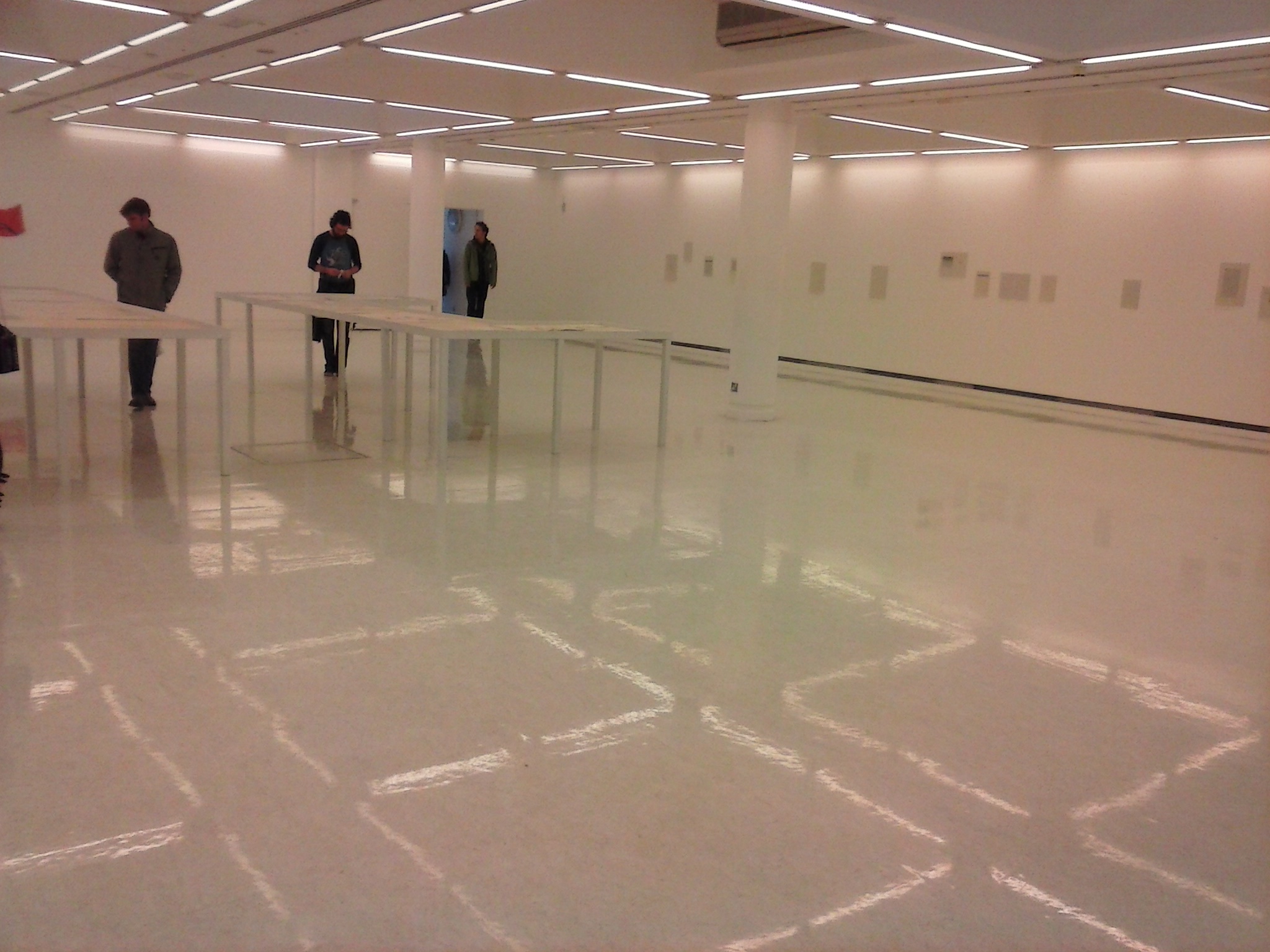 In conclusion, Contemporary Art pieces makes me think about what Art can be, in an similar attitude to Jean Dubuffet’s, who wondered if Art could exist where it is not named…

Error de RSS: DOMDocument not found, unable to use locator